Florida man accused of attacking woman he stalked on Instagram 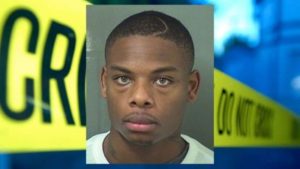 Boynton Beach police arrested Michael Maurice Williams, 25, early Thursday after alleging he entered a 20-year-old woman’s bedroom through a window in late November and battered both her and one of her younger relatives. A 10-year-old boy related to the woman rushed to her aid, using a knife to help fend off Williams, police said.

The woman told police investigators that she believed Williams had been watching her through her bedroom window at least once every two weeks over the past year. (Read more)