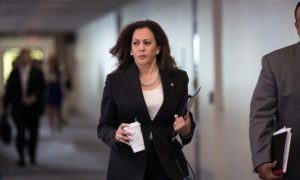 “There’s no federal law on the books that protects victims who have had their private images exploited online,” Sen. Kamala Harris, a sponsor of the bill, tells Bustle. “It is long past time for the federal government to take action to give law enforcement the tools they need to crack down on these crimes. Perpetrators of exploitation who seek to humiliate and shame their victims must be held accountable.” (Read More)